It’s not uncommon for a corporate site to be burdened with invasive plant species. But while plants cannot fight back or run away, invasive animals like feral hogs can — and do. What’s a site to do when it becomes overrun with such a dangerous and destructive species?

Feral hogs are domestic pigs that either escaped captivity or were born in the wild. Many feral hogs take on the characteristics of their wild brethren, such as aggressive behavior, tusks, and thicker, coarser hair. Their daily activities of foraging, rooting, and wallowing cause about $1.5 billion in damages each year in the U.S. They also reproduce rapidly; a group of hogs can easily double in size in just four months.

So, when employees at the Farley Nuclear Plant first spotted feral hogs on their site in 2013, they knew right away that it was time to act before the hog population grew out of control and destroyed the site’s restored longleaf pine habitat. With guidance from the USDA Wildlife Service, the site’s team developed and implemented a control plan.

Successful trapping of feral hogs involves multiple steps. First, certain locations were pre-baited to attract the hogs, and then the traps were installed and baited, initially with the doors propped open to make the hogs feel comfortable with entering, and then fully set when conditions are right. Trapped hogs are then humanely euthanized by the USDA, since Alabama law prohibits transporting live feral hogs. Since 2013, the team has trapped 99 hogs, stabilizing the hog population at about 5-10 percent of the original number—well exceeding the usual target of 20 percent, which is considered a successful control effort.

Through this project, the team has established a robust partnership with the USDA, who continues to help the team with monitoring and trapping the hogs. The site’s secure, controlled environment made it ideal for the USDA to test hogs for disease and experiment with a new trap design that has proved to be extremely successful, with a much higher trap rate than previous designs.

The information gathered through employee observations and trapping has allowed the team to adapt its project to increase its effectiveness. Eric Mullins and Corby Dolar, two of the site’s team members, expressed how the project has allowed them to better learn how feral hogs “operate,” such as what times of year hogs populate the site and which baited locations hogs are more willing to use. This in turn helps improve the success of control efforts.

Mullins acknowledges that the site’s feral hog control project “will always be an ongoing project now,” since trapping is unlikely to keep up with the rate of hogs being born and moving in from other areas. However, he believes that if the team remains vigilant, it should be possible to limit the damage they cause to the site and surrounding farms. 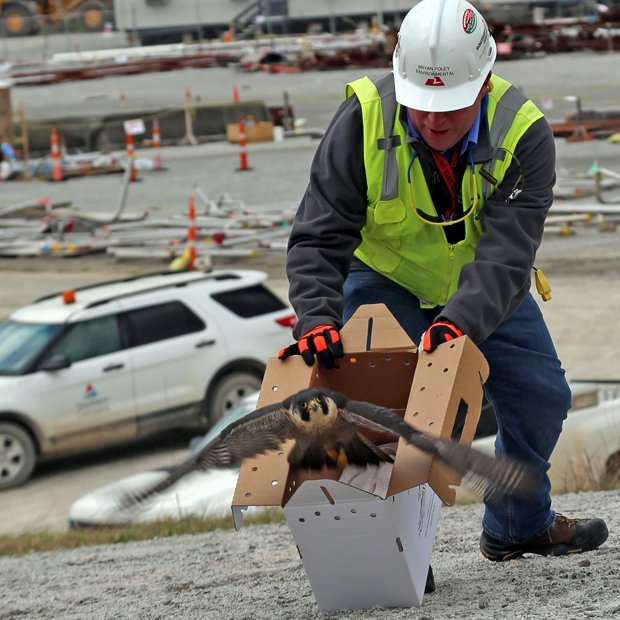