Vogtle 3 and 4 employees Juan Jimenez-Cueto and Krystel Navas Marquez were part of a PowerSecure restoration team in Puerto Rico.
Share this story

“Immediately I could see that the damage was far worse than I expected,” said Navas Marquez, an engineer at Vogtle 3&4. “Eight months after the storm, destruction is still all around us. Actually being here and seeing it first hand – I can’t explain, it’s so sad.”

“The chance to help people is the main reason we wanted to come here,” added Vogtle 3&4 Senior Engineer Juan Jimenez-Cueto, who is also part of the restoration team. “Giving people their power back is the biggest gift they could receive.”

A Category 4 hurricane, Hurricane Maria is the largest storm on record to hit Puerto Rico. Damaged infrastructure caused by the storm left millions of people without electric power. Although power has already been restored in the main cities, outages still remain in remote areas with mountainous terrain, such as Arecibo and Caguas.

Since arriving in Puerto Rico on March 10, Navas Marquez and Jimenez-Cueto have been working with a restoration team led by PowerSecure, a Southern Company subsidiary. The PowerSecure team is part of a combined effort among the U.S. Army Corps of Engineers (USACE), FEMA, Puerto Rico Electric Power Authority (PREPA) and the utility industry.

PowerSecure was awarded a contract by USACE in October for additional support in repairing the power grid in Puerto Rico’s southern and western regions. More than 900 workers are currently supporting PowerSecure’s restoration efforts, including line crews from all Southern Company operating companies. Work is coordinated through three base camps.

“The camps are close to the cities, but the work performed is far from the cities, in remote, mountainous areas,” explained Jimenez-Cueto. “Some of the remaining houses are so isolated that we must install several poles just to energize one house.”

Working in the field as project engineers, Jimenez-Cueto and Navas Marquez plan and coordinate a variety of restoration activities, including clearing debris, resetting poles, mobilizing equipment, and installing and repairing transmission and distribution lines.

“We find ourselves working quite a bit with PREPA – they have been extremely vital to our success,” explained Navas Marquez. “They help us prioritize the circuit work, showing us what needs to be done first. Any time we have an issue with materials, such as finding transformers to proceed forward, they provide it for us.”

To reset poles, unusual steps are often required. Torrential rains from the hurricane washed out many mountain roads, so helicopters are often needed to transport poles and wires to remote locations. Also, Navas Marquez and Jimenez-Cueto must frequently request “deviations” to re-route new poles and wires.

“Instead of sending them through the woods and dense brush, we ask the USACE to re-route some of the poles away from the most extreme mountainous areas and closer to roads,” said Navas Marquez.

Since they arrived, Jimenez-Cueto and Navas Marquez have worked long hours seven days a week in tough conditions. Although it’s been challenging, they said the experience is rewarding. Because they both lived in Puerto Rico before moving to the United States, they said the restoration work is especially meaningful to them. Both expressed gratitude for the opportunity to help people in need on the island.

“We recently energized a small community in a hard-to-reach area in the mountains,” recalled Jimenez-Cueto. “They were so excited about it, they raised two huge flags to celebrate – one was the American flag, the other was the Puerto Rican flag. Before we left, they kept the American flag and gave us the flag of Puerto Rico as a way to honor us and show how much they appreciated us helping them.”

Recalling a similar story, Navas Marquez said, “While we were working in a remote area, the people there cooked for us – they gave us hot meals the entire time. They waited patiently while we worked, even though they had been without power for months since the hurricane.

“When we were able to energize their homes, I was overcome with emotion – I was just crying,” Navas Marquez continued. “They were all crying of happiness, too – it was a big celebration. They were dancing with the linemen. There was music and a lot of food.”

“When I got to the island, I immediately realized how much I could do to help people,” said Jimenez-Cueto. “I really praise the extraordinary job and sacrifice from all our line crews working on this mission in Puerto Rico.

“It was really an amazing teamwork experience to work hand to hand with them, with our contractors and the entire PowerSecure team,” he added “We appreciate our leadership for allowing us to come to Puerto Rico and be a part of the restoration effort.”

“My heart was filled with joy and pride because Puerto Ricans were so kind in the midst of their current situation,” said Navas Marquez. “At the same time, our teams did great to help the people who needed us. It’s the most amazing experience of my career, one I will always remember.” 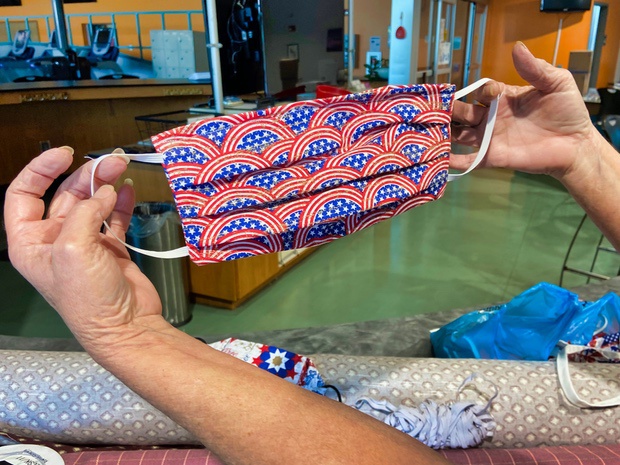