What happens when 13 eighth-grade girls start a robotics team and -- from scratch -- build a robot and then enter it into a regional robotics competition? You get sparks of magic.

“Research shows that middle school can be a pivotal time for girls,” said Nora Swanson, workforce development coordinator. In 2014, Swanson, along with Georgia Power Information Coordinator Suzanne Sharkey, stood up a program in Burke County, Ga., called STEM Power. The program is designed to get girls in middle school excited about STEM-related fields and help them develop their skills and technical abilities in these areas.

The program started with a hands-on afterschool program for sixth-grade girls that exposed them to the energy field. As the program progressed to seventh grade, the students in STEM Power had the opportunity to meet with young women and professors involved in math, science and engineering.

In 2016, Swanson had an idea to start a robotics team with eighth-grade, Burke County middle school girls. After a lot of hard work building their robot, the girls entered the FIRST© Tech Challenge and competed in December 2016 and January 2017. The team did substantially better in the second competition, placing 19 out of 36 teams in the regional competition in Atlanta.

You can see the spark in Delana Tablada’s eyes as she talks about the robotics team and their accomplishments. “Building the robot was a lot of trial and error, but it was a lot of fun,” said Tablada, an eighth grader at Burke County Middle School. “It took us about eight tries, pulling it apart and putting it back together again.”

Tablada said she hopes the robotics team expands into Burke County high school when she becomes a freshman later in the year.

Editor’s note: Click here to watch a video about the robotics team.

Every atom counts when designing a reactor core
Education 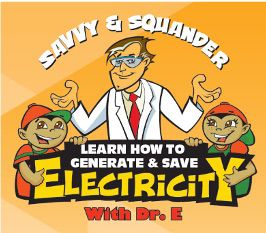