“For 40 years, Plant Farley has played a key role in ensuring Alabama Power customers are provided with the electricity they need to light their homes and power their businesses,” said Alabama Power Chairman, President and CEO Mark Crosswhite. “We thank everyone on the Farley team who helped us achieve this milestone, and look forward to many more years of serving Alabama.”

“Since commercial operation began in December 1977, Plant Farley has generated enough clean nuclear energy to provide every single residential customer in the state with electricity for some 25 years. That’s an extraordinary accomplishment,” said Steve Kuczynski, president and CEO of Southern Nuclear, which manages and operates Plant Farley for Alabama Power.

Plant Farley is located on 1,850 acres along the Chattahoochee River near Dothan, in southeast Alabama. Its two units, which began operation in 1977 and 1981 respectively, can generate 1,800 megawatts of emission-free electricity – enough energy to supply about 450,000 Alabama homes.

The plant is named after the late Joseph M. Farley, a former president, CEO and director of Southern Nuclear and Alabama Power who helped blaze the trail for nuclear energy in the state. Alabama Power was one of the first electric utilities in the Southeast to add nuclear energy to its generating mix.

Today, Plant Farley continues to be a vital asset in Alabama Power’s generating fleet, providing nearly a quarter of the company’s electricity in 2016.

“Our entire company is excited to celebrate 40 years of electricity generation at Plant Farley. I am grateful for the dedication of our employees, the continued support of our retirees and community and, most of all, our customers,” said Plant Farley Vice President Dennis Madison.

Kuczynski said the plant’s success is indelibly linked to employees, past and present, “who have overseen the plant’s reliable, efficient operations 24 hours a day, seven days a week, for 40 years.”

With an annual payroll of about $80 million, Plant Farley also is a powerhouse when it comes to contributing to the economy of the Wiregrass. This year alone, Alabama Power will contribute to Houston County, where the plant is located, roughly $11 million in local taxes. The plant itself represents a capital investment $1.57 billion – its initial cost of construction.

“To say that Plant Farley has a significant economic impact on our area would be an understatement,” said Houston County Commission Chairman Mark Culver. “Not only does the business contribute substantially, but the men and women who make up Plant Farley tirelessly give of themselves to our communities.”

Plant Farley employees in 2017 contributed more than $165,000 to the Wiregrass United Way, which serves over 200,000 people across six area counties. Employees also volunteer their time and resources to a host of community organizations and causes through the Alabama Power Service Organization. Among the beneficiaries are Wiregrass Habitat for Humanity, the American Cancer Society’s local Relay for Life and the March of Dimes. One of the most popular community projects is Backpack Buddies, in which employees help provide food for needy schoolchildren to ensure they have balanced meals over the weekend.

Farley employees also take pride in the plant’s longstanding commitment to protecting the environment. In 1992 Plant Farley was named a certified wildlife habitat by the Wildlife Habitat Council. Since the plant’s early days, a land management plan has been in place to support waterfowl, songbirds, deer and plant life. The plant has a successful nesting program, with 30 bluebird boxes on site, and a partnership with local schools for students to watch the nests. Employees also participate in the long-running Renew Our Rivers cleanup campaign.

Plant employees also have long been involved in helping educate the community about nuclear energy. The plant recently completed renovations to its Energy Education Center (EEC), which provides interactive exhibits and information to thousands of students and adults annually.

You can learn more about Plant Farley by visiting https://www.southernnuclear.com/our-plants/plant-farley.html. For information about scheduling a school or civic group tour or presentation, please call the Plant Farley EEC staff at 334-814-4879. 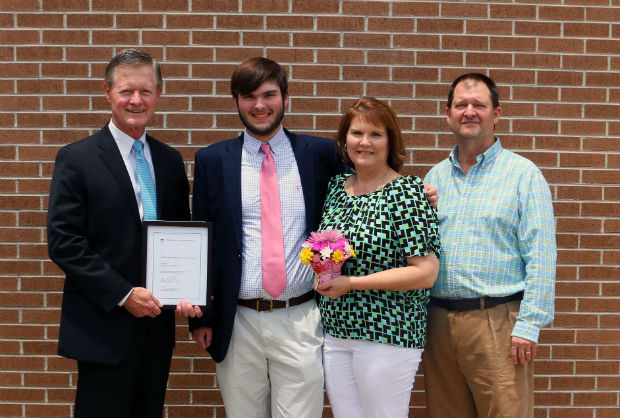 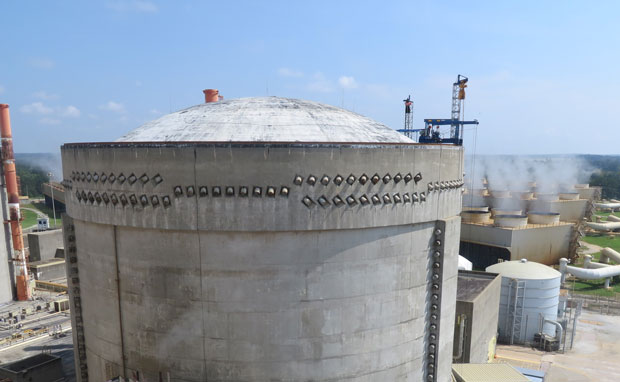